This Stunning Table Has A Seaside Inside Of It. Take A Dip Here. 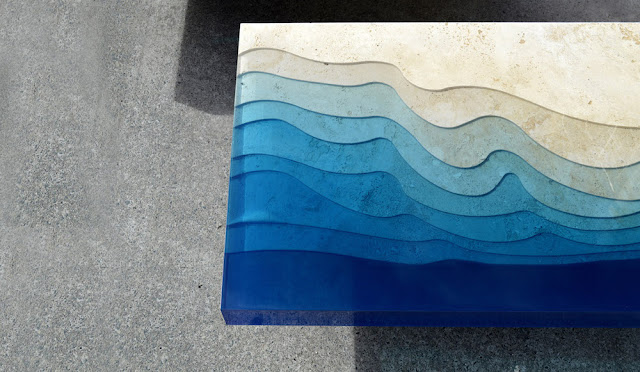 Designer Alexandre Chapelin of LA Table (previously) has been hard at work producing more tables as a part of his Lagoon series, tables that appear as aquamarine environments with secluded beaches. His recent addition is Lagoon 55, a coffee table version of his original. These tables are formed from resin and marble which is sliced in layers in order to create the appearance of depth within the table’s sea. The resin is then poured overtop, and has a different formula at each level to give the appearance of several shades of blue. 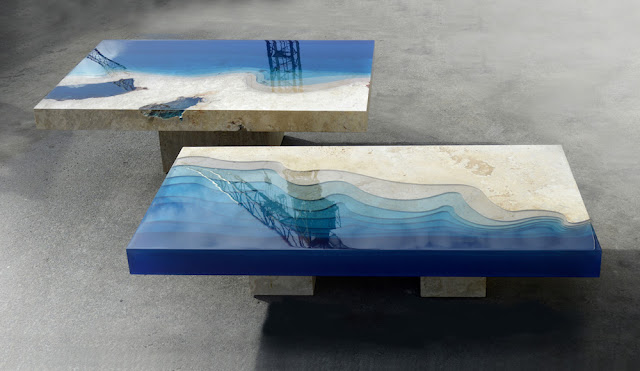 Chapelin cannot produce two identical tables, so no work will ever be the same. This is both because of the difficulty of the tables’ form, and Chapelin’s personal belief that each piece should be completely unique. You can see more of LA Table’s work on their website. 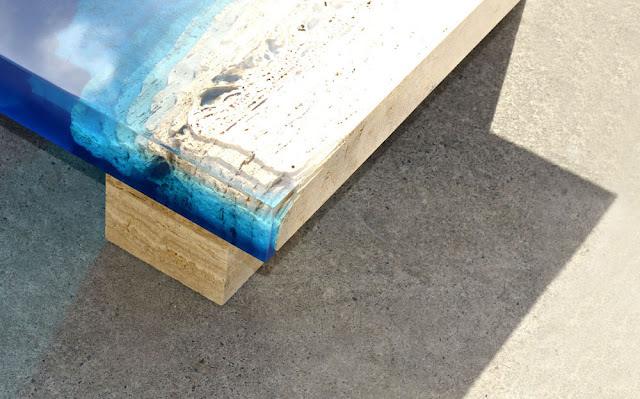 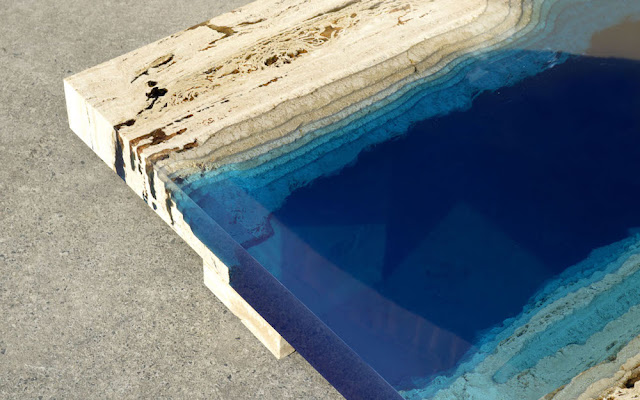 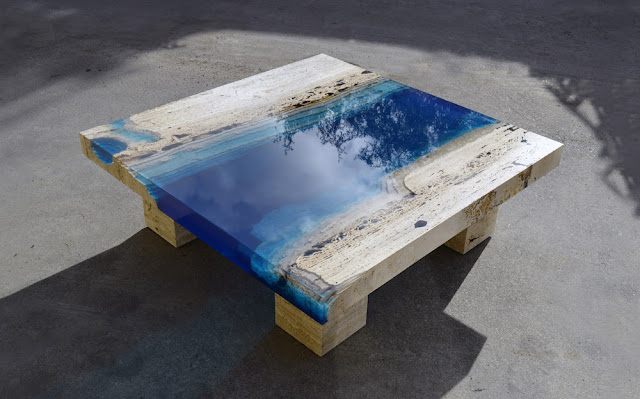 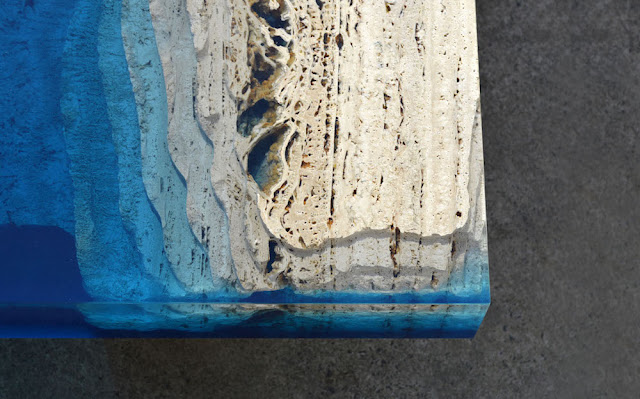 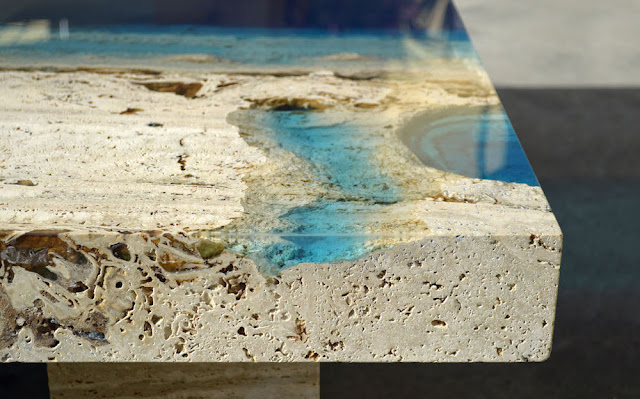 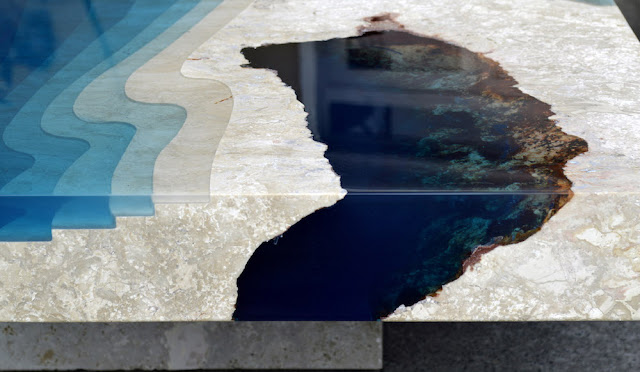 Source: thisiscolossal.com
Posted by Unknown at 00:06